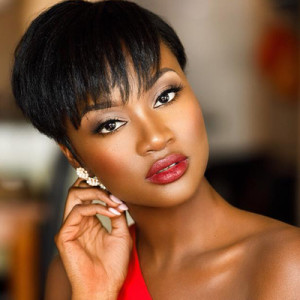 In 2016, Deshauna was crowned the first soldier to the win the prestigious title of Miss USA. She spent her year-long reign as Miss USA advocating for our men and women in uniform by encouraging our government to provide additional support for soldiers suffering from Post-Traumatic Stress Disorder (PTSD).  The 29-year-old was born in Georgia however, as the daughter of an Army Master Sergeant who served in the United States Special Forces, Deshauna relocated multiple times growing up.

Captain Barber now works as cadet instructor at Howard Universities Bison Battalion during her Army Reserve commitment.  When she is not serving her country, she travels the world as a full time Motivational Speaker.  She has made it her life goal to encourage, inspire and strengthen the people around her.  After the recent loss of her mother to cancer, she wants to encourage people to focus on loving the people around us.