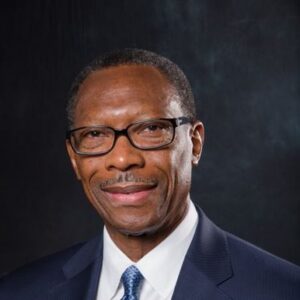 He began his teaching career as an assistant professor in public policy and administration at the
University of Central Florida. He returned to FAMU in 1983 as an associate professor of political
science and quickly moved up the ranks becoming Provost and Vice President for Academic Affairs
in 1995.

In 2007, Dr. Ammons was elected the tenth president of FAMU. During his tenure, FAMU was
heralded by U.S. News and World Report as the nation’s top public historically Black university and
one of America’s most popular universities. After retiring from the Presidency in 2012, he served
as professor of political science until 2018.

Dr. Ammons has received many honors and awards including, an honorary doctorate from
Wilberforce University in 2015. He is married to Judy Ammons (Ruffin) and they have one son,
James, III, and a granddaughter, Adalina Ammons.