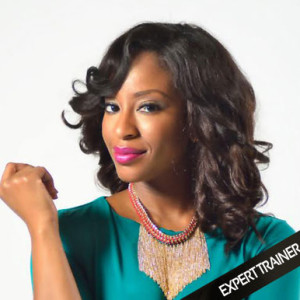 Zakiya Larry is an ‘Elevation Strategist’ who elevates brands, moods and influence through

She is also the CEO of Quest Media Training, providing media coaching for executives, rising

political stars, professional athletes and entrepreneurs. She also served as the long-time Director

A speaker and trainer, Ms. Larry has conducted communications workshops in Johannesburg,

South Africa and spoke in the East Room at the White House, broadcast live in 160 countries.

Zakiya began her communications career in radio and television in Memphis, Houston, Austin

and Los Angeles, including work with the Tavis Smiley Group, producing for both his radio and

awards from: the International Association of Business Communicators, the Texas Public

Black Journalists. She was awarded the ‘Dallas 40 Under 40’ award by i10 Media.

Zakiya has managed publicity for the blockbuster hits Jumping the Broom, Sparkle, Heaven is

For Real and coordinated production for Oprah Winfrey and Roland Martin.

Throughout her many endeavors, Ms. Larry cultivated a love for pageants and has held 13 titles,

She is a member of the Public Relations Society of America, National Association of Black

Ms. Larry has been featured in the Austin American-Statesman, Ebony Magazine, The

Washington Post and many other publications. She has also made numerous television

appearances as an expert in her field. Ms. Zakiya Larry earned a Bachelor of Science degree in