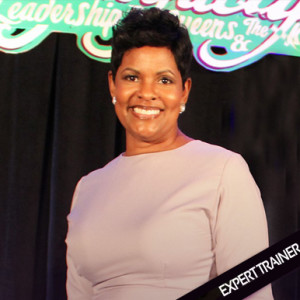 Dale Williams is the founder of Leadership for Queens, a leadership conference for Historically Black University and College (HBCU) Queens. She has independently organized and conducted the conference annually for HBCU queens and kings for more than ten years in four different cities. She has more than 20 years of experience in higher education. Currently, Dale is an academic advisor at University of Memphis as well as an instructor Bethel University (Memphis location). She is a sought after trainer and speaker that has also worked at various HBCU’s in a variety of capacities. Such positions include but are not limited to: Director of Student Activities at Winston-Salem State University and University of Maryland Eastern Shore, Coordinator of Student Activities at Tennessee State University and Public Relations Associate at Meharry Medical College. Over the course of her career, she has also worked as an adjunct instructor teaching English and Speech at LeMoyne-Owen College, National College of Business and Technology, Tennessee State University and Draughons Junior College. Dale’s leadership aspirations began early as she was not only queen of her high school in Memphis, Tennessee, but also Miss Tennessee State University (1992-93). Dale has judged various pageants, served as keynote and conducted numerous workshops at various universities, conferences and community events. She thoroughly enjoys helping young men and women reach their goals and realize their full potential. She believes that those who walk in such positions have the perfect opportunity to make a great impact on others. Dale, a member of Delta Sigma Theta Sorority, Inc. is proud to have published in 2010 a guide and journal book for HBCU queens. She received a Bachelor of Science degree in Speech Communications and Theatre and a Master’s of Arts in English from Tennessee State University.